The case has never been made - that's about to change

“There are obvious questions about the usefulness of this poll, which was a multiple choice question with 5 options, rather than a clearer Yes or No. Other polls have consistently put support at around 15%, with a recent YES/NO poll for ITV Wales that put support for Welsh independence on 17% or 20% excluding ‘Don’t Know’s.

"On the other hand, polls commissioned by the BBC have showed far lower levels of support, and have not used wording consistent with the questions asked in Scotland. In contrast to what was asked in Scotland, the BBC's question regarding independence had a negative ending ‘independent from UK’ not ‘an independent country’.”

“Of course, support for Welsh independence in Wales is not as high as it could be, this is not surprising at all of course, because no one has ever made the case. That's about to change.”

In order to find out the current opinion in Wales on Welsh independence. 'Face for Business' asked 1000 people living in Wales 'Should Wales be an independent country?' between Thursday the 11th, and Sunday the 14th of September 2014. They used 'Google Consumer Surveys' to collect the data.

Here are the full results:


This poll comes a few days after a new YouGov poll for ITV Cymru Wales and Cardiff University showed that support for Welsh independence had grown to 20% (Excluding Don't Knows).

Following the extremely successful rally in Cardiff on Saturday, where up to a 1,000 people came to show their support for Scottish independence, this is more good news. After the results of the referendum are published on Friday - if it's a YES or a NO - the UK will never be the same again. We will need to start a serious, cross-party, inclusive campaign in favour of Welsh independence if we are ever to reach our aim. These results are a very good foundation to build upon.
Posted by Wales Yes at 13:56 No comments:

View our event in Cardiff today in full below. People from all over the world can watch the people of Wales showing support to our friends in Scotland and the clear message that was sent - Go for it! 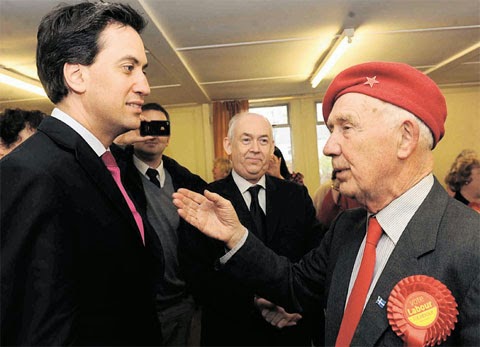 I passionately believe in peoples' right to take control of their own lives.

Scottish people are fed up with seeing a deteriorating health service year on year, of continuing cuts in welfare benefits, the Bedroom Tax, the ever growing gap between the rich and poor; whilst the cost of nuclear weapons spirals out of control.

Why should Scotland have the largest nuclear submarine fleet in Europe against the express wishes of  its people?

The Westminster parliament has for too long taken Scotland's loyalty for granted.

I am proud to have been asked to speak in support of Scottish independence outside the Senedd on 13 September. Some Welsh politicians in the Assembly say it will mean a lifetime of Tory government. I say that is defeatist talk.  When Scotland achieves its freedom, it will make Westminster think twice before inflicting their wretched policie slike the Poll Tax, the 1972 Fair Rents Act etc, which brought so much misery to Welsh people.

No matter which way the vote goes, the British political world will be changed forever.

It will also make us in Wales  think very positively about our own future.

So a huge thank you to Scotland and Alex Salmond.

Because of their courage, their people will have a once in a lifetime opportunity to build a nuclear free future, with all that means for Wales, Britain and the world.

Take it, cherish it, and enjoy your new freedom, Scotland.

Ray Davies will be speaking at the "Wales Supporting YES" event outside the Senedd in Cardiff Bay at 2pm, Saturday September 13th
Posted by Wales Yes at 14:44 No comments:

Caryl Parry Jones will be singing a few songs at the Senedd in Cardiff next Saturday September 13th. 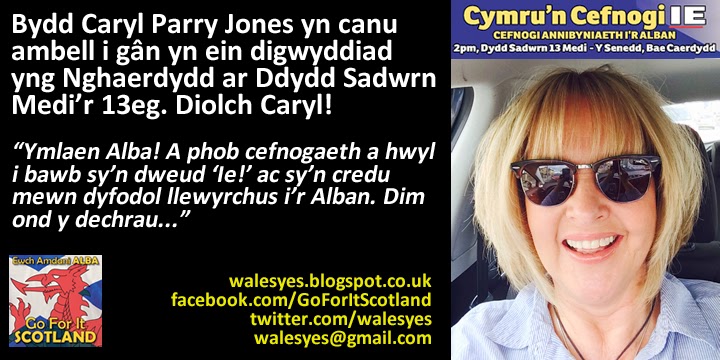 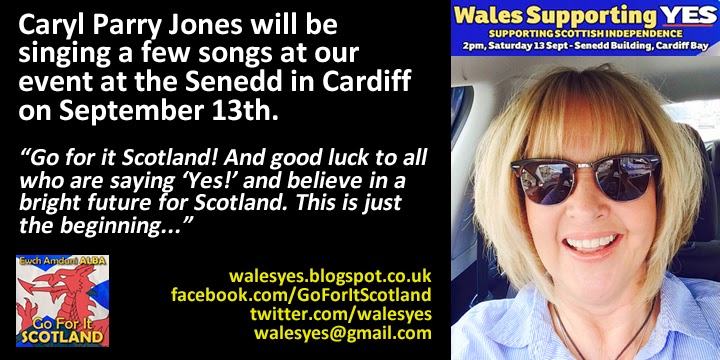